Hydro Australia rebuilt this Ingersoll Rand 4 HTMA 5 pump for a power station in Queensland. After upgrading the pump to operate at its best efficiency point, a Hydro service technician went on-site to support the installation. Hydro helped the plant ensure a safe start-up by removing pipe strain, addressing soft foot issues, and providing the plant with the correct pre-warm procedure prior to start-up. 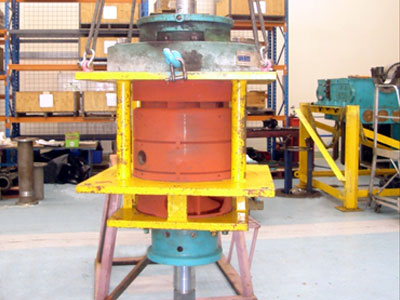 Hydro Australia redesigned several Weir Special Class model pumps in boiler feed application for a power plant. The redesign involved changing the mechanism used to hold the interstages together. The original design had the stages poorly held together by having four rings lock one stage to the next. Hydro removed these rings and re-welded the interstages to convert them to a spigot fit, which reduced the assembly time, improved alignment, and allowed for more precise machining. 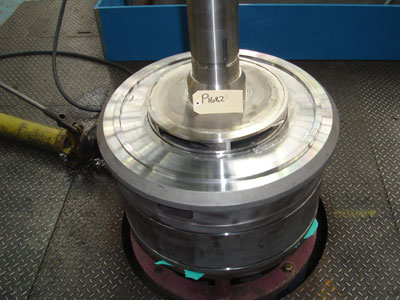 A 2000 MW power plant experienced severe problems with their Ingersoll Rand 65CHTA-4 boiler feed pumps. MTBR was less than one year and plant availability was at record low levels. Applying Hydro’s thorough inspection process and stringent repair practices, the first element was repaired and placed back into service. Vibration on the rebuilt pump was at record lows and so Hydro began the process of rebuilding the other boiler feed pumps for the plant, eventually providing them will full availability on their electric feed pumps. 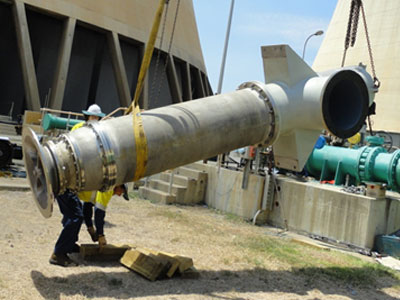 A power plant asked Hydro Australia to conduct an engineering analysis on their Kelly & Lewis 600-26” DHL ACWP pump after it exhibited consistent vibration problems. After reviewing the analysis, the plant approved Hydro’s repair proposal which included engineered upgrades. Hydro’s engineers added intermediated bearings to improve rotor critical speed and upgraded the metallurgy of major components to improve the life of the rotor. The top bearing housing was also redesigned to allow for the fitting of a more readily available bearing. Hydro supervised the installation of the pump and the plant was happy to regain acceptable vibration levels. 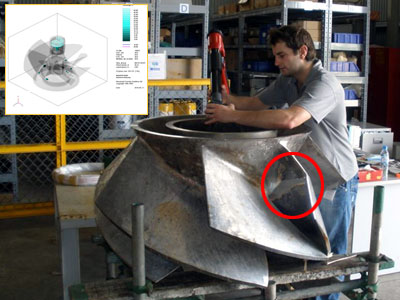 Hydro Australia reverse engineered a damaged impeller on-site at a Vietnamese power station, which had been experiencing frequent problems with their vertical circulating water pumps. Hydro Australia performed an engineering analysis to determine the root cause of the problem. Read More 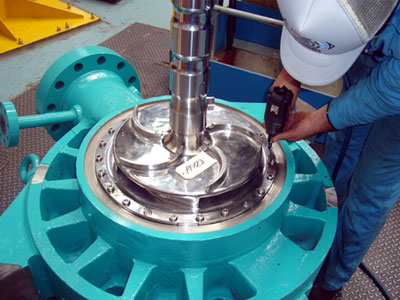 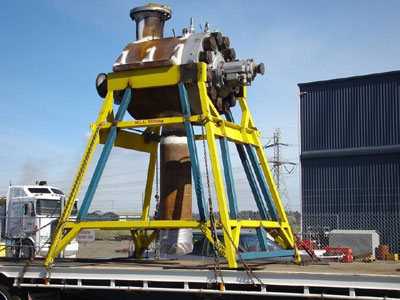 Hydro Australia recently supported a Victorian Power Plant by removing and overhauling a Byron Jackson boiler feed pump. During removal of the cartridge, leak paths were found in the barrel which necessitated a complete cut out of the barrel to enable repairs to be undertaken. The barrel was refurbished then overlaid with a more durable metal before being final machined in Hydro Australia’s pump service center. The completed cartridge was reinstalled and the unit was transferred to site for installation. Hydro Australia has state-of-the-art onsite machining and welding capabilities to save pump users’ time and resources. 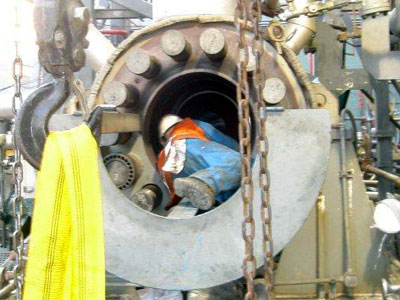 Hydro Australia removed an Ingersoll Rand boiler feed pump cartridge from a power station in Queensland and installed the spare, which had been previously overhauled by Hydro’s service center. Once the original cartridge was removed, a full barrel inspection was performed. This inspection included checking concentricities and performing a non-destructive examination (NDT). Once the integrity of the barrel was confirmed, the spare cartridge was quickly installed. 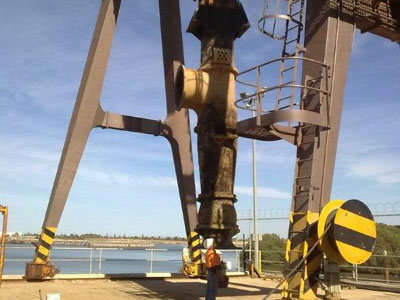 Hydro Australia removed a Kelly Lewis 48 MFD vertical single-stage pump for a South Australian power station. Hydro’s field service crew was onsite to remove and transport the pump to Hydro’s service center in Morwell for overhaul. Once there, the pump was disassembled, cleaned and thoroughly inspected. Once the workscope was approved by the plant, the pump was rebuilt and delivered back to the site for reinstallation.